END_OF_DOCUMENT_TOKEN_TO_BE_REPLACED

We interviewed the war. The war was depressed, smoking too much. And we were paying for the drinks. The war polished off three bottles of good red.

We were thinking “by the third bottle how can you even tell the difference?”

The war could tell the difference. The war had been doing this for years. And what did we know about anything anyway? We who weren’t the war. We who would never be the war.

The war was a mean drunk. The war said things about us that would have been better left unsaid. But wars, we discovered, do not apologise. END_OF_DOCUMENT_TOKEN_TO_BE_REPLACED

I’m thinking of you again tonight Vin Diesel, as I consider my dwindling options in a French seaside town, and the seagulls won’t let me sleep. The seagulls and everything else.

Vin, the Fast and Furious franchise has made you rich, with the eight films in the series having earned a combined worldwide gross of over $5 billion, but you didn’t appear in this summer’s spin-off Hobbs and Shaw, which was headlined by your F&F co-stars Jason Statham and Dwayne The Rock Johnson.

Vin is true about the feud between you and The Rock? Did you really refuse to play any scenes together during the filming of Fast and Furious 8: The Fate of the Furious?

Vin are you happy? END_OF_DOCUMENT_TOKEN_TO_BE_REPLACED

We’re teaching our sons about Martians.

For the last few weeks a group of lonely billionaires have been all over the news talking about their plans to populate the Red Planet. They’re auditioning for brave and clever and able-bodied young men and women to help them build dynamic new low-tax civilisations on Mars and across the asteroid belt.

In return they’re promising adventure and excitement and the potential for heroic deaths.

Naturally, our sons are intrigued. For as long as they can remember they’ve been following the adventures of the unmanned Curiosity and Opportunity rovers as they roam the planet’s dusty surface. Those brave robots seem almost like family members.

“Can we go to Mars?” our sons ask us. END_OF_DOCUMENT_TOKEN_TO_BE_REPLACED

The bodies filled the streets, and people stopped and stared. There were bodies everywhere. They were all going about their business, just like that.

You were there somewhere, walking around.

Some of the bodies were not considered at all. END_OF_DOCUMENT_TOKEN_TO_BE_REPLACED

Some I nearly finished writing, some I abandoned before I’d even started work, all would have probably been terrible, but these are The Top Ten Books I Should Have Written in 2018…

A dark, neo-gothic horror/romance set in a haunted North Yorkshire Moors village at the turn of the century. And there’s a ghostly horse, or similar.

Accidentally William Gibson-esq/Thomas Pynchon-ish waste of my and everyone else’s time.

A psychogeographical survey/walkthrough of classic model railway layouts (I still think this could work). END_OF_DOCUMENT_TOKEN_TO_BE_REPLACED 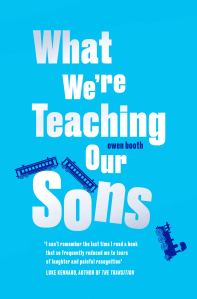 In the spring the marsh cattle return to the drained fields. Repairs are carried out on dikes and broken sluice gates. Huge flocks of migrant birds come back from their wintering grounds, argue over territory and resources for days.

In the covered wagon the man and the girl and the giant woman follow their noses east. On the raised roads running parallel to the ditches and canals that quarter the country, everyone is on the move. Medicine sellers, itinerant labourers, repairmen, field workers, travelling storytellers. Glasswort and cord grass and reeds grow along the creeks and inlets, on unreliable islands that have yet to be reclaimed from the water. Under the monstrous sky the world is flat as the sea. The man imagines the wagon is a ship and he is its captain. He believes that everyone has their place on earth and this is his.

Everywhere they stop they put on demonstrations and the giant woman performs feats of strength. She lifts saddleback sows over her head and drags boats ashore from the mud. She holds back waterwheels and the vanes of windmills. Children swing from her arms in threes and fours. And then she fights anyone who can afford the price of entry (“Step right up, lads, three-penny a go and treble your stake if you can put her down!”). END_OF_DOCUMENT_TOKEN_TO_BE_REPLACED

All this happened so it must be true
Blog at WordPress.com.